PopCap Games has announced Plants vs. Zombies, an US$2.99 game for the iPhone and iPod touch. Featuring 50 levels of comedic action, the game challenges you to defend your house from encroaching zombies striving to reach your front door to eat your brains.

WebMD Health, a source of health information, has released a set of new enhancements for Medscape Mobile to assist physicians in diagnosis and treatment at the point-of-care. Medscape Mobile, WebMD’s free medical application for physicians, now provides access to thousands of in-depth clinical reference articles on diseases, conditions, and procedures, in addition to complete reference information on over 7,000 brand name, generic and OTC medications.

RuralTunes 1.0 is a free iPhone/iPod touch app for the experimental musician on the Rural Electrification Administration. It gives fans access to five exclusive new tracks, a biography, 12 photographs and up-to-date information via the REA Twitter feed and MySpace page. RuralTunes is powered by BandKit, a new promotional tool designed to connect artists and musicians to their audiences.

Mografi has released Empire State Of Mind 1.0 for the iPhone and iPod touch. The $2.99 app is an enhanced version of Simon Says and features five gameplay modes including Classic “Simon Says” and Four Challenge modes. You can choose from the nostalgic tones of Simon Says or the sounds of the New York City streets in Classic mode.

Juicy Development has shipped Talk Radio 2.3.1, an update to their $2.99 iPhone app that uses the device’s built in GPS and a proprietary algorithm to present a list of radio stations and program air times in the user’s area. The update allows users of the application to listen to Talk Radio while browsing on the web or answering email. Talk Radio also allows users to save favorite stations.

Sling Media says it’s SlingPlayer Mobile app has been updated to support 3G networks. With access to the Internet and connection to a Slingbox Solo, Pro or Pro HD, SlingPlayer Mobile software allows viewers to watch and control their living room television at any time from any location. The SlingPlayer Mobile App is available for $29.99. The new version is a free upgrade for existing users.

AssistiveWare has revved Proloquo2Go for the iPhone and iPod touch to version 1.2 . The update to the consumer device-based communication solution for people who can’t speak adds dozens of enhancements and fixes. This update is free to current users. For new users the cost is $189.

Izatt has unveiled MatchTunes Lite 1.0 for iPhone and iPod touch devices. It’s the free version of the MatchTunes app, a game of matching song clips from the user’s own iTunes library. You can choose to match on music clip, song, album, or artist. You can select the genre of music to play with or select all to draw from across all genres on the iPhone and play a two-player game to challenge others.

Phoenxsoftware has announced FlashPhix 2.2 for iPhone and iPod touch. It’s an update of the $1.99 lighting app that enables you to take the Lightroom experience on the road and directly edit pictures shot with your iPhone. Version 2.2 adds new features to control the color of a picture’s lighting which comes in addition to the ability to control light and dark tones separately.

PhatWare Corporation has released PhatNotes 1.2 for iPhone and iPod touch devices. The $9.99 app allows users to create notes and organize them by category, color, subject, priority, creation, authorization, and modification dates. PhatNotes now includes a library of 150 icons which can be assigned to note items and folders. 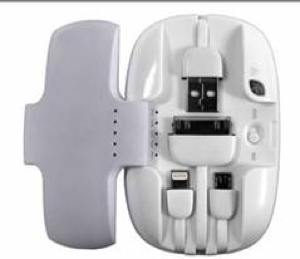 BBEdit is ready for macOS Sierra