Wi-Ex (http://www.wi-ex.com/index.aspx) — a provider of consumer cell phone signal boosters for the home, office and car — has announced “i-accessories” for the iPhone, iPod touch and the upcoming iPad at this week’s Macworld Expo.

i-Ex’s zBoost suite of products allow consumers to take full advantage of voice, data and Internet services on their iPhone and other mobile phones and data devices including 3G high-speed data and video, instant messaging, pictures and more at home, in your personal workspace, in the office or on the go both within the U.S. and abroad, says Lloyd R. Meese, CEO of Wi-Ex.

“The use of the data functions on the iPhone require a stronger signal and although, some indoor signal problems may be blamed on the iPhone or the carrier network, some of the dropped calls and general loss of coverage is due to environmental obstructions, building materials, metal roofs, high-speed data (reduces coverage) and network interference,” he says. “The zBoost improves signal strength for better voice and data transmission while maintaining the integrity of the carriers’ networks using patent-pending technology. We see it as the perfect i-accessory for all iPhone users.”

All Wi-Ex products feature patent-pending technology to protect the carrier network. Meese says they increase in-building coverage by up to 2,500 square feet.. zBoost is offering an exclusive Macworld Show Special. Available only to attendees and during the Expo hours, the following consumer zBoost products will be specially priced:

° The zBoost Dual Band-YX500/510 purportedly extends cell zones up to 2,500 square feet and supports multiple users and carriers (excluding Nextel) simultaneously. It has a manufacturer’s suggested retail price of US$399. The Macworld Special price is $199.

° The zBoost Car Unit- YX230 extends cell phone signal up to 10 times the average strength. The normal price is $179; the Macworld Special price is $149.

° The zBoost zPocket – YX110 increases signal strength and creates a personal cell zone for a small living/work space or travel. The normal price is $119; the Macworld Special price is $89. 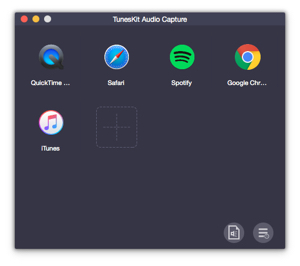