Some new features enhancing Canon’s 2010 lineup include a new touch
panel LCD with an advanced tracking feature helping keep any subject
— such as people, pets, or cars — in focus and properly exposed.
Canon’s new VIXIA lineup also includes an enhancement to its image
stabilization system and an all-new HD-to-SD Downconversion feature
allowing video to be easily uploaded to the web or burned onto DVDs.
Select 2010 VIXIA camcorders are compatible with Eye-fi SD Memory
Cards, allowing for wireless uploading of video content to a computer
or favorite video sharing site via the Eye-fi card’s wireless
capabilities.

The Smart Auto mode utilizes Canon’s DIGIC DV III Image Processor to
intelligently detect and analyze brightness, color, distance and
movement and automatically select the best setting for the scene
being recorded. Canon’s new Touch & Track technology enables users to
select a subject on the Touch Panel LCD that the camcorder will then
recognize and track. This technology recognizes faces, objects, even
animals, ensuring that your subject will always be in focus and
properly exposed, according to Isizuka.

Relay Recording allows users to capture uninterrupted video when the
primary recording media is full. The camcorder will continue to
record a scene by switching from one memory source to the other as it
fills up. In addition to Canon’s Dynamic SuperRange Optical Image
Stabilization, Powered IS provides an even higher level of
compensation for subtle hand movement at the telephoto end of the
zoom range. This new enhancement can be engaged by pressing the
Powered IS button on the LCD panel.

A new HD-to-SD Downconversion feature enables users to convert
recorded high-definition video to standard-definition files while
preserving the original HD video. These standard-definition files
make it even more convenient to share video online or create a DVD.
Advanced Video Snapshot mode has been upgraded to provide the
flexibility of capturing 2, 4, or 8 second video clips while
recording or during playback.

In addition, the VIXIA HF S-Series includes a host of professional
features such as a built-in LANC terminal, and Native 24p (AVCHD)
recording. The VIXIA HF S21, VIXIA HF S20 and VIXIA HF S200 Flash
Memory camcorders are scheduled to be available in April, and will
have an estimated retail price of US$1399.99, $1099.99 and $999.99,
respectively.

In addition to the new VIXIA High Definition lineup, Canon is also
introducing two standard-definition camcorders, the FS31, and FS300
Flash Memory camcorders. The Canon FS31 model records to 16GB of
internal flash memory, while the FS300 records video directly to an
SD memory card. Wrapped in a small package, the FS-series offers 41x
Advanced Zoom to help capture great video even at extreme telephoto
distances, as well as Dynamic IS, according to Ishizuka. In addition,
the Canon FS300 will be available in three fashionable colors,
silver, red, and blue. The Canon FS31 and FS300 Flash Memory
camcorders are available in March for an estimated retail price of
$349.99 and $299.99, respectively. 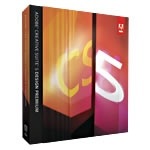