Ruby on Rails bootcamp in Europe planned for October

Responding to the ongoing success of Ruby on
Rails as a strong solution for building Web
applications and its professional and
comprehensive training classes, Big Nerd Ranch
Europe announced another Ruby on Rails developer
training class at Kloster Eberbach near
Frankfurt: Beginning Ruby on Rails Bootcamp,
October 10-16, 2009. While most Ruby on Rails
training assumes that the student is already an
experienced programmer, the Beginning Ruby on
Rails Bootcamp starts off with teaching how to
program using the Ruby language and assumes only
that the student is intelligent and motivated.
Students already familiar with the Ruby language
can skip the first two days of Ruby introduction
and can sign up for the five-day Ruby on Rails
training, only.

Students signing up by September 4, 2009 apply
for the early bird fee and save 200 Euro on the
class price.

Beginning Ruby on Rails Bootcamp joins a two-day
intensive class on Ruby taught by instructor
Patrick Lenz, with a five-day Ruby on Rails
training class that places Ruby within the Rails
context, led by acclaimed instructor, Charles B.
Quinn.

Patrick Lenz is well know in the Rails community
for his book “Build Your Own Ruby on Rails Web
Application” with its second edition named
“Simply Rails 2” (SitePoint, 2008). Charles B.
Quinn, running a successful company offering
Rails solutions and consulting, has been teaching
the five day Ruby on Rails class for several
years, now. He is constantly collecting excellent
feedback from students and clients alike.

“One of the trends I observed in students in
previous classes was the desire of many of them
to develop a more comprehensive understanding of
Ruby and Rails,” commented instructor Charles B.
Quinn. “I think that’s a natural desire when
you’re working with something like Ruby on Rails,
which combines a programming language with study
of the framework that supports it. By taking that
original five-day class and expanding it into a
week-long class, students have an opportunity
truly master the skills they need to understand
and use what is becoming an ever-increasingly
popular web development tool.”

The first two days focus solely on mastering the
Ruby programming language, the object-oriented
development language that forms part of the core
of Ruby on Rails. Patrick goes deep on
understanding the Ruby shell and the Ruby
interpreter, with an overview of the strengths
and weaknesses of using an interpreted language
instead of a compiled one.

The second part of the class focuses on how Rails
leverages the simplicity and power of Ruby to
create powerful, database-driven web
applications. In addition to a review of new
Rails features like REST, MultiView, and ATOM,
topics include, but are not limited to:

The Big Nerd Ranch incorporates intensive
training classes for Unix and Mac OS X
programmers in a retreat setting outside
Frankfurt, Germany. Class price of ¤3400 plus 19%
VAT includes lodging, all meals, original
instruction materials, 24-hour lab access, and
transportation to and from the Frankfurt airport.
Students are encouraged to bring independent
projects to class, allowing for input from
classmates and individual instructor attention.
For more information, call +49 (931) 9911-485 or
visit www.bignerdranch.com. 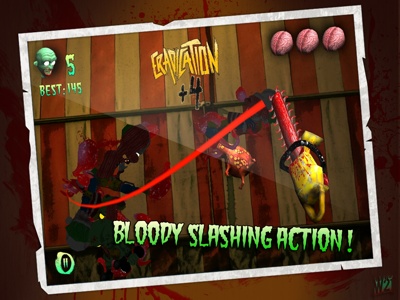