The College Radio Tuner allows a worldwide mobile audience to find
and listen to student-run Internet radio stations. It allows the user
to scroll through a list of stations, find and click to play live
Internet radio right on the iPhone or iPod touch, whether connected
via WiFi, 3G or Edge networks.

The College Radio Tuner automatically searches for and adds new
stations as they become available. Initial release of the tuner
includes a complement of 25 participating IBS-SRN stations, with more
joining every month. Among these initial participating stations are
those affiliated with Oklahoma State University, Goucher College, and
Methodist University.

Stations originate their programs in superior quality MPEG-4 AAC
format, the same international standard Apple uses for its iTunes
Store offerings. The College Radio Tuner is the first RTSP/RTP/AAC
player for the iPhone and iPod touch, bringing the open standards
supported across the rest of the Apple product line, including
QuickTime, to these devices, according to the folks at Backbone
Networks.

In addition to streaming music and other audio to the iPhone, the
College Radio Tuner also displays album or station image art, as well
as embedded text listing artist, song title, album name, and other
information The tuner also provides clickable links to the station’s
web site, to the iTunes Store, where listeners can purchase and
download the playing song, or to a call-in phone number that the
iPhone automatically dials to facilitate listener interaction and
talk radio segments. 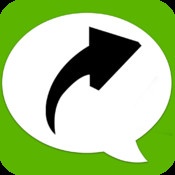