San Antonio, Texas, June 9, 2008 — AT&T Inc. (NYSE:T) today announced it
will be the exclusive U.S. provider of the new iPhone 3G, details of which
were outlined earlier today at Apple’s Worldwide Developer’s Conference in
San Francisco.

Under the terms of a new agreement with Apple, AT&T remains the exclusive
U.S. carrier of the iPhone 3G, which will be available beginning July 11 at
a starting price of $199 with a two-year contract. The iPhone 3G boasts
several significant enhancements, including:

* Business-class capabilities, including e-mail, viewed on a large,
touch-screen device and designed to meet the needs of companies of all
sizes.

* The ability for developers, including AT&T, to create customized consumer
and business applications using the Apple software developer’s kit (SDK).

Customers can get more information on the iPhone 3G at www.att.com/iphone.

AT&T expects that the iPhone 3G’s attractive pricing and rich set of
features including business e-mail and other applications, combined with
the broadband speeds of AT&T’s 3G network, will spur significant subscriber
and revenue growth — particularly in wireless data — and strengthen
AT&T’s wireless leadership and long-term growth profile.

“The iPhone 3G will take mobile communications and computing to a whole new
level by combining a terrific user interface with a great experience
accessing the Internet and subscribers’ favorite applications on our 3G
wireless network at unsurpassed speeds,” said Ralph de la Vega, president
and chief executive officer of AT&T Mobility. “Combine our high-performance
3G broadband wireless network, the new iPhone’s business-class capabilities
and a starting price of $199, and I expect that we will continue to
increase revenue per user and attract customers who spend the most on
wireless. The device is built, and priced, to sell.”

AT&T will sell iPhone 3G in more than 2,200 company-owned retail stores and
kiosks, as well as through its direct business sales teams.

The new agreement between Apple and AT&T eliminates the revenue-sharing
model under which AT&T shared a portion of monthly service revenue with
Apple. Under the revised agreement, which is consistent with traditional
equipment manufacturer-carrier arrangements, there is no revenue sharing
and both

iPhone 3G models will be offered at attractive prices to broaden the market
potential and accelerate subscriber volumes. The phones will be offered
with a two-year contract and attractive data plans that are similar to
those offered for other smartphones and PDAs. AT&T anticipates that these
offers will drive increased sales volumes and revenues among high-quality,
data-centric customers. Currently, less than 20 percent of AT&T’s postpaid
subscribers have integrated devices capable of voice, Web and data
applications. Based on the company’s experience, average monthly revenues
per iPhone subscriber are nearly double the average of the company’s
overall subscriber base.

* Unlimited iPhone 3G data plans for consumers will be available for $30 a
month, in addition to voice plans starting at $39.99 a month.

* Unlimited 3G data plans for business users will be available for $45 a
month, in addition to a voice plan.

In the near term, AT&T anticipates that the new agreement will likely
result in some pressure on margins and earnings, reflecting the costs of
subsidized device pricing, which, in turn, is expected to drive increased
subscriber volumes. The company anticipates potential dilution to earnings
per share (EPS) from this initiative in the $0.10 to $0.12 range this year
and next, with a 2008 adjusted consolidated operating income margin of
approximately 24 percent and a full-year 2008 wireless OIBDA margin in the
39-40 percent range. As recurring revenue streams build without any further
revenue sharing required, AT&T expects the initiative to turn accretive in
2010.

The iPhone 3G harnesses the power of AT&T’s broad and powerful 3G mobile
broadband network, which offers 3G mobile phones download speeds of up to
1.4 Mbps. AT&T’s 3G network is currently available in 280 leading U.S.
metropolitan areas; by year-end, the company plans to offer 3G service in
nearly 350 metro areas. Following the recent turndown of its TDMA network,
the company is further enhancing its 3G network, with improved coverage
quality made available through reallocated 850 MHz spectrum.

AT&T’s 3G network is the best positioned among American carriers to grow in
line with customer demand, evolving to next-generation speeds incrementally
during the next few years. Between 2005 and the end of 2008, AT&T will have
invested more than $20 billion in wireless network improvements and
upgrades.

AT&T has the best global coverage of any provider, with voice-roaming
available in more than 200 countries and data-roaming in more than 145
countries, including more 3G roaming than any other carrier.

In addition, the new iPhone 3G will operate in Wi-Fi mode through wireless
modems in homes and offices, as well as public hot spots.

Marketing the iPhone to Businesses

iPhone 3G includes new business capabilities, including access to corporate
e-mail and intranets, as well as the ability to certify mobile business
applications to suit the needs of an array of industries, ranging from
health care and real estate to higher education and financial services.
Starting July 11, AT&T will begin marketing to its business customers,
which includes all of the Fortune 1000. To prepare for the rollout, AT&T
will be conducting extensive training among its thousands of enterprise and
small business sales force and customer-support employees. AT&T is the
world’s leading provider of corporate wireless e-mail solutions.

“We’re anticipating significant demand from companies of all sizes based on
the feedback we’ve received from the many corporate customers who have
already purchased the first-generation iPhone, as well as from companies
waiting for the new iPhone’s business applications,” said Ron Spears, group
president, AT&T Global Business Services. “Businesses will benefit from all
of the iPhone’s new features, as well as the ability to maximize
productivity by using the combination of 3G broadband connectivity and
customized applications.”

Through its work over the years with the developer community, AT&T has
developed a robust catalog of hundreds of enterprise applications
(www.att.com/choice). AT&T will work with Apple, using the SDK process, to
enable many of these applications, which today operate on other
AT&T-powered wireless devices, to also work on the iPhone. The growth of
mobile applications represents a huge opportunity for companies to improve
productivity through reduced overhead expenses, access to real-time
information and higher levels of speed and efficiency.

Unleashing Innovative Applications With the SDK

AT&T is working closely with Apple to roll out several new and innovative
applications that take advantage of the iPhone’s advanced capabilities. For
example, AT&T is finalizing YELLOWPAGES.COM mobile for the iPhone, an
innovative GPS-enabled application that combines local search with social
networking capabilities, giving users the ability to search for
information, share reviews and plan activities with friends, neighbors and
co-workers. In addition, the company will work to certify many of its
existing mobile applications for businesses, created in conjunction with
third-party developers, for use on the iPhone.

AT&T Inc. (NYSE:T) is a premier communications holding company. Its
subsidiaries and affiliates, AT&T operating companies, are the providers of
AT&T services in the United States and around the world. Among their
offerings are the world’s most advanced IP-based business communications
services and the nation’s leading wireless, high speed Internet access and
voice services. In domestic markets, AT&T is known for the directory
publishing and advertising sales leadership of its Yellow Pages and
YELLOWPAGES.COM organizations, and the AT&T brand is licensed to innovators
in such fields as communications equipment. As part of its three-screen
integration strategy, AT&T is expanding its TV entertainment offerings. In
2008, AT&T again ranked No. 1 on Fortune magazine’s World’s Most Admired
Telecommunications Company list and No. 1 on America’s Most Admired
Telecommunications Company list. Additional information about AT&T Inc. and
the products and services provided by AT&T subsidiaries and affiliates is
available at www.att.com 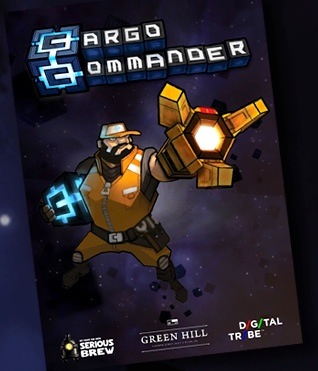