San Francisco, CA – March 18, 2008 – SmileOnMyMac has released PDFpen
3.4, an update to its award-winning PDF editing and form-filling tool
for Mac OS X. The update offers major improvements in performance and
usability, as well as a number of bug fixes.

PDFpen 3.4 can be downloaded at
http://www.smileonmymac.com/PDFpen/download.html
The update is free for registered users of PDFpen 3.x.

Site licenses are available at reasonable rates. Contact
support@pdfpen.com for information and rates. 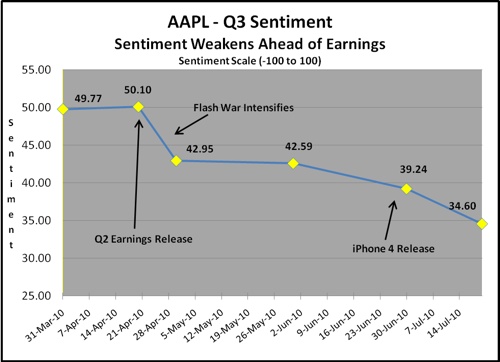 Apple sentiment weakens ahead of earnings