CUPERTINO, California–March 17, 2008–Apple today updated its AirPort
Express mobile base station with 802.11n to deliver up to five times the
performance and twice the range of the previous model*. Priced at just $99,
AirPort Express is the world’s smallest 802.11n-based mobile base station.
It can be plugged directly into the wall for wireless Internet connectivity
and USB printing at home or easily brought on the road for wireless freedom
wherever there is an Internet connection. AirPort Express features
AirTunes, which works seamlessly with iTunes to give users a simple and
inexpensive way to wirelessly stream iTunes music from a PC or Mac to any
room in the house.

“Apple is leading the way with a broad range of innovative 802.11n base
stations for almost any wireless networking need,” said Philip Schiller,
Apple’s senior vice president of Worldwide Product Marketing. “From the
small and portable AirPort Express, to AirPort Extreme for workgroups of up
to 50 users and the new Time Capsule for automated backups, Apple customers
now have more great ways to extend their wireless networks with 802.11n.”

AirPort Express features a single-piece, compact design weighing just 6.7
ounces, providing maximum portability. AirPort Express offers both PC and
Mac users the ability to share a single DSL or cable broadband connection
with up to 10 simultaneous users. Users can also share a printer wirelessly
that is connected to the USB port. Apple’s AirPort Utility software
provides easy step-by-step instructions for setting up and configuring
AirPort Express; and with its advanced security features, AirPort Express
safeguards data on networked computers with support for Wi-Fi Protected
Access (WPA/WPA2), 128-bit WEP encryption and a built-in firewall. Apple
now includes 802.11n as standard in its entire line of AirPort base
stations and Mac notebooks as well as iMac, Apple TV and Time Capsule.

AirPort Express includes a built-in combination digital and analog audio
connector allowing users to connect to a home stereo or powered speakers.
iTunes automatically detects remote speakers and displays them in a simple
pop-up list for the user to select. Once the remote speakers are selected,
AirTunes wirelessly streams iTunes music from the computer to the AirPort
Express base station. Multiple AirPort Express base stations can be set up
around a home, each connected to a set of powered speakers for a whole-home
music experience. AirPort Express can also extend the range of an existing
AirPort Extreme wireless network.

AirPort Express is available immediately through the Apple Store
(www.apple.com), Apple’s retail stores and Apple Authorized Resellers for a
suggested retail price of $99 (US).

*AirPort Express is based on an IEEE 802.11n draft specification. Actual
performance will vary based on range, connection rate, site conditions,
size of network and other factors. 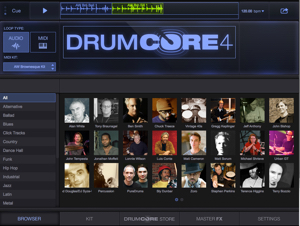 UK radio station to give away 50 iPods