NEW UDUPI, India, March 11, 2008 – Global Delight Technologies Pvt. Ltd.,
today released Public Beta 2 of its debut product Web2 Delight, a
video/photo downloader, organizer and viewer. Web2 Delight allows users to
locate favorite videos and photos from popular content sharing sites from a
single location. Users can preview and download content to create seamless
collections, watch the collections from within the application or transfer
them to iTunes or iPhoto and from there to their iPod, iPhones or Apple TV.
What differentiates Web2 Delight from other similar applications is the
sheer simplicity in its interface and its ability to marry the power of
Web2.0 to the simplicity of Mac.

Web2 Delight cocoons popular video sharing sites like YouTube, Veoh,
BlipTV, Eyespot and photo sharing sites like Flickr, Picasa, Webshots and
Photobucket, all in a single place, reducing the effort required in opening
multiple bowser tabs. It automatically converts any video or photo
downloaded, to play on your Mac, iPod, iPhone, or even on your Apple TV.
The search feature is remarkable allowing the user to search for their
favorite videos and photos. The feature set extends itself to allowing
users to schedule their downloads at any time convenient to them. Creating
slideshows, burning collections and Apple Remote integration is definitely
an icing on the cake.

Web2 Delight made waves at Macworld 2008, San Francisco where it was
unveiled as its first Public Beta. Mac enthusiasts thronged to capture a
glimpse of the demo and described it as “Google of video and photo sharing
site” and “iTunes for Web”. David Chartier in his review of Web2 Delight on
Arstechnica said, “While there are a handful of desktop apps for viewing
and downloading content from these sites (license and copyright issues
aside), a new app in beta called Web2 Delight may be the first to tackle
the task of being a portal for multiple video and photo communities”.

“It is not just another pretty face, but a better way to deliver
entertainment by reinventing the Web2.0 experience”, said Rohith Bhat, CEO
of Global Delight. “You always get to watch lots of videos and photos on
the TV and Internet. But maintaining a cool collection of favorite videos
and photos and watching them on the go is simply awesome! Those delightful
moments are priceless!”

Web2 Delight Public Beta – 2 can be evaluated for 30 days trial period. The
downloaded application will run without any feature lock during the first
twenty days and some of the features will lock themselves beyond this
period. The release is expected towards the end of March 2008.

Global Delight is a perfect blend of Mac aficionados, tech geeks, and
right-brained technologies that aspire to create something exceptionally
extraordinary. At Global Delight, we understand users and their desire to
savor the experience of using their Macs for various Web 2.0 and media
related software. The idea is to re-think solutions to complicated problems
and imagine simple, elegant, engaging products that are delightful to the
eye and easy to use. 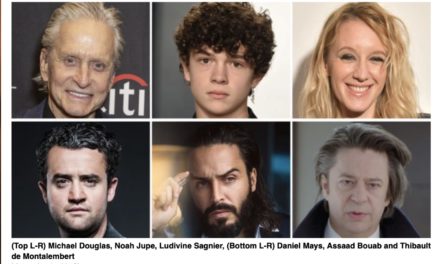