January 13, 2008 — WESTLAKE VILLAGE, Calif. — MacTech today released a
preview of the results of its extensive benchmark study of Microsoft Office
2008 for Mac. MacTech’s goal was to see how well Office applications
performed compared to Office 2004 under both Apple’s Mac OS X Tiger and
Leopard, across a variety of configurations.

The large suite of over 2500 tests was performed comparing the PowerBook
G4, MacBook, MacBook Pro, Intel iMac, and Mac Pro. The purpose of the
testing and the article are to answer the questions “Is the now Universal
Microsoft Office 2008 faster than Office 2004?”

“MacTech Labs has been doing product evaluations and testing for over 20
years. Our focus is to help those in the industry not only in making tough
decisions, but with real-world answers. In this case, we wanted to help
people understand how the new Microsoft Office will perform,” said Neil
Ticktin, Editor-in-Chief/Publisher, MacTech Magazine. “These tests clearly
accomplished their goal and will aid decision makers in understanding what
to expect out of Office 2008 compared to Office 2004.”

The full analysis and results will be published in the March 2008 issue of
MacTech Magazine. The preview of the results is available immediately at:

For those that are making the transition from Microsoft Office VBA to
AppleScript, MacTech published last year the VBA to AppleScript Transition
Guide. The guide is available online, as a PDF, and in print while
supplies last. See (https://www.mactech.com/vba-transition-guide/) for more
information.

Established in 1984, MacTech Magazine is the only monthly magazine focused
on Macintosh at the technical level. Each month, MacTech and MacTech.com is
read by over 130,000 technical Macintosh users in over 175 countries …
from network administrators to programmers, from solution providers to
Enterprise, and in general anyone that’s interested in the Macintosh beyond
the user level. MacTech’s approach has always been that of “How-to” as
opposed to the “You can do this” articles in many magazines.

MacTech’s web site includes not only the magazine’s extensive archives and
open source projects for the Mac (http://www.macforge.net), but also a
community search engine and a news aggregator to keep readers up to date
with one look across the community. (https://www.mactech.com)

ChronoSync for macOS revved to version 4.7.3 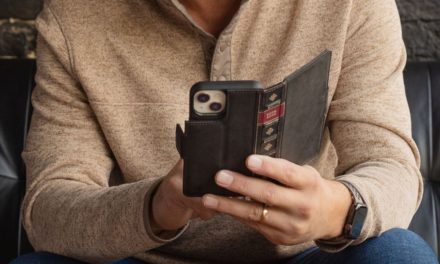