Parallels Server can be installed using Parallels lightweight hypervisor,
in which virtual machines run in tandem with a primary operating system, or
“bare-metal,’, in which virtual machines run completely independently and
are not dependent on a host operating system to function properly. Users
can choose to load Parallels Server in lightweight hypervisor mode or
bare-metal mode at installation. Parallels Server is the only
virtualization product of any kind to afford users the flexibility to
choose their implementation at install.

Parallels Server is the first server virtualization product to be designed
uniquely for small and medium businesses and departments of large
enterprises, which require easier to use solutions with less complexity in
management and deployment. It is an ideal server consolidation tool that
can substantially reduce hardware expenditures and operating costs, and
simplify back-end IT management.

In addition, Parallels Server is the first to offer experimental support
for Intel second-generation virtualization technology, Intel Virtualization
Technology for Directed I/O (Intel VT-d). By fully optimizing for
hardware-enabled virtualization technologies like Intel VT-d, Parallels
Server will not only deliver high levels of performance and reliability but
also allows users to directly assign hardware resources such as a second
graphics or network card to a virtual machine.

The product is also the first ever to enable running Mac OS X Server, in a
virtual machine. This gives users the ability to create “sandboxed” Mac OS
X Server virtual machines on in which they can test patches, new software,
and experiment with new Apple hardware configurations, without compromising
a production server.

Coupled with Parallels Desktop for Mac, the company’s award-winning desktop
virtualization solution, Parallels Server presents businesses with a unique
opportunity to standardize on Apple hardware – both on the desktop and in
the server room – while still having access to applications written for any
operating system.

“Hundreds of thousands of customers are using Parallels virtualization
software in their businesses and homes to get the most out of their
Windows, Mac and Linux desktop computers and applications,” said Serguei
Beloussov, CEO of SWsoft. “Launching the Parallels Server beta is a key
milestone in delivering on our vision of ‘Optimized Computing’ for servers
and desktops across heterogeneous platforms.”

Key Features in the Parallels Server beta include: * Run any combination of
more than 50 different x86 and x64 guest operating in secure, high
performing virtual machines, and have the option to run virtual machines in
the headless mode via a “bare metal” hypervisor.

* Remote control of the virtual machines via the Parallels Management Console

* Support for up to 64Gb of RAM on the host computer

* Full support for x64 primary and guest OSes, as well as 2-way SMP in
virtual machines. The final release version will support up to 4-way SMP

Beta Program Participation
Parallels Server is currently in private beta testing, and the company is
accepting registrations for new beta testers. For details about
participating in the beta program, go to www.parallels.com/support/beta.

About SWsoft
SWsoft (soon to be renamed Parallels) is a global leader in virtualization
and automation software that helps consumers, businesses, and service
providers optimize their use of technology. The company’s software is used
by more than 700,000 customers in 125 countries. The SWsoft product line
includes Virtuozzo Containers – the leading operating system virtualization
solution, Parallels Desktop – the leading desktop virtualization product,
and Plesk – the leading server control panel. Founded in 1999, the company
has offices throughout North America, Europe, and Asia. For more
information, visit www.swsoft.com. 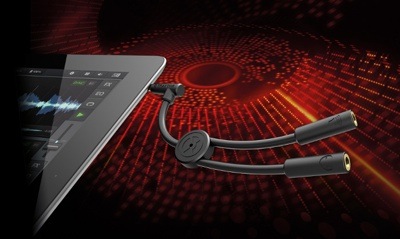