If you have Microsoft Publisher versions 2002-2007, you can now easily
convert them into Adobe InDesign CS2 and CS3. Currently, Publisher
documents from 2007 that are converted to XPS, are not supported by PUB2ID.

Jessica Herbig, of Allegra USA said of the PUB2ID release, “I used a
multi-page MSP document with a few pictures, and lots of text flowing from
page-to-page. The original was a PC file, and I opened it on my Mac G5 with
ID CS2. It was such a fast conversion process, and all of the images were
automatically linked. The Windows fonts were missing, which was a quick
fix. It worked great, and what would have taken hours to retype and set
text, now would only take about 15 minutes to format. Thanks! Great work!”

“This is an exciting time for Markzware. PUB2ID is a product that gives
customers the power to convert Microsoft Publishers files into Adobe
InDesign. With Adobe InDesign as a broadly accepted industry standard, this
latest conversion tool enables the creation and re-purposing of content,
thus saving a lot of time.” according to Mary Gay Marchese, public
relations director of Markzware.

Pricing and Availability:
PUB2ID is available for immediate download or on CD-ROM, starting at $199
MSRP. For more information please visit http://www.markzware.com/pub2id/ .

About Markzware:
Markzware, a privately held company based in Santa Ana, California, is a
leading developer of quality assurance, data conversion and workflow
solutions for the international graphic arts, printing, publishing and
digital multimedia industries. Markzware B.V. located in Rijswijk, the
Netherlands, is the company’s headquarters for activities in Europe, the
Middle East and Asia. 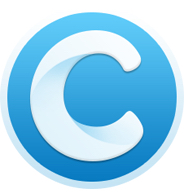