Red Marble Games has announced the release of Fairy Treasure, an addicting breakout-style game ported from the PC platform to the Mac. “Fairy Treasure takes players on an adventure against an evil, greedy troll that has stolen great treasure from the Kingdom of Trollandia and has carefully guarded it in his cave ever since. As players work to recapture the treasure, they travel along the Fairy River on a magic raft, and in more than 120 exciting levels, struggle against hags, goblins and other evil wills that guard the river paths.”
[ Price: US$19.95 ~ Requires: Mac OS X 10.3.9 or later ~ Demo: Yes ] 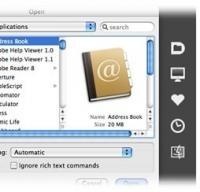