SAN FRANCISCO–September 5, 2007–Apple today announced that it is on track
to sell its one millionth iPhone before the end of September, and to make
iPhone affordable for even more customers this holiday season, it is
lowering the price of the most popular iPhone model with 8GB of storage
from $599 to just $399.

“The surveys are in and iPhone customer satisfaction scores are higher than
we’ve ever seen for any Apple product,” said Steve Jobs, Apple’s CEO.
“We’ve clearly got a breakthrough product and we want to make it affordable
for even more customers as we enter this holiday season.”

The 8GB iPhone is available immediately for $399 in the US through Apple’s
retail and online stores and AT&T retail stores. The iPhone 4GB model will
be sold while supplies last.

This press release contains a forward-looking statement about the Company’s
expected iPhone sales that involves risks and uncertainties, and actual
results may differ. These risks and uncertainties include those found in
the Company’s public reports filed with the SEC, including the Company’s
Form 10-K for the fiscal year ended September 30, 2006, and its Forms 10-Q
for the quarters ended December 30, 2006, March 31, 2007 and June 30, 2007.
The Company assumes no obligation to update any forward-looking statements
or information, which speak as of their respective dates. 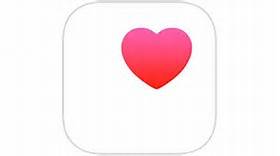