Annual MacMod.com Competition kicks off August 1st with a worldwide call
for modders to submit their Apple-related modifications for the 4th annual
event. Thousands of dollars in prizes to be won!

(August 1, 2007) – MacMod.com, a recognized internet source for free
technical news and advice on the latest techniques and products for
upgrading and modifying Apple products, today announced the rules and entry
requirements for “The Great Mac Mod Challenge 2007” an annual competition
in which Apple technology owners are recognized in various categories for
their creativity and ingenuity in the upgrades and modifications made to
their systems to improve performance, appearance, and functionality.
Coinciding with the contest, which begins taking entries August 1st, the
month of August has been designated “Modify Your Mac Month.”

The event attracts some of the most talented and enthusiastic Mac users
around the world and each year the modifications raise the bar higher.
Memorable winners of challenges past include the Falcon Mac Mini,
Necronomicon G4, the iTablet, a wooden iPod, and the M3 robotic Mini.

“The ingenuity of the modding community never ceases to amaze me,” says
Anthony King, Director of Marketing and co-founder of MacMod.com. “Every
year I think we’ve done it all, but every year the modifications get more
and more elaborate.”

“Modders” may submit as many mods as they like. Modification categories
include Internal Changes, External Changes, iPod & iPhone Modifications,
Peripheral Modifications (Apple TV, Airport, etc.), Software Mods and
Hacks, and Miscellaneous Modifications. Entries are judged on their level
of difficulty, creativity, integration, and functionality.

In the spirit of fun, the panel of judges will also name “Best Dressed,”
“Class Clown,” “Biggest Geek,” and “Most Likely to end up on eBay.”

This year’s competition will feature major prizes for the top 3 designs
plus participation gifts for all the modders. While some prizes are still
being planned, the first place mod will be showcased at MacWorld Expo 2008,
receive the Mod of The Year trophy, a MacMod.com Tee, a roundtrip ticket to
MacWorld Expo 2008*, and an All-Access Super Pass to MacWorld Expo 2008
including PRIORITY KEYNOTE SEATING!

User Groups, Apple Authorized Dealers, and others who would like to help
publicize the event locally can email Anthony@macmod.com for printable
promotional materials. Entries must be submitted no later than August 31
and the winners will be announced September 10. Entrants should visit
http://www.macmod.com for complete rules, prize details and instructions.

Home to “The Great MacMod Challenge” and the “Mod of the Year” award,
MacMod.com is a community dedicated to providing Mac users with the ability
to share information and identify resources they need to personalize,
customize, and modify Mac systems. The site features detailed mod guides,
hardware reviews, software reviews, and forums. Launched in June 2004,
MacMod is recognized as the world’s leading Mac modification site. 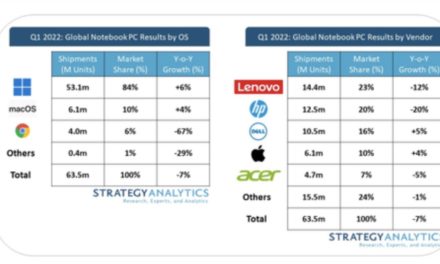