West-Forest-Systems today announced the immediate availability of
CDFinder 5.0 for download.

CDFinder is the unique software solution to organize your disk and
data archive, and to keep track of digital media assets.

With this new release, CDFinder masters the third transition in its
life of ten years. First to the PowerPC, then to Mac OS X, and now to the
new Intel-Macs. Every time, CDFinder was the first (PowerPC and Mac
OS X), or among the first to benefit from the exciting new Macintosh abilities.

Several unique features set CDFinder apart from the rest of the crowd.
CDFinder can
– import 8 catalog formats of other vendors
– read exhaustive photo and audio meta data (JPG, TIFF, PICT, BMP,
EXIF, IPTC, MP3, AAC, WAVE, AIFF)
– catalog the contents of 6 archive file formats
– catalog Audio-CDs
– use AppleScript to integrate CDFinder into any workflow
– search your local data with Spotlight
– find data based on every available meta data piece that CDFinder can catalog
– be used in a cross-platform network with CDWinder for Windows

Contents of archive files can be cataloged as well, including
StuffIt, StuffIt Deluxe, Compact Pro, ZIP (used by Mac OS X), TAR, .rar,
and others.

Together with CDWinder for Windows, (http://www.cdwinder.de/)
this is a unique cross platform, network solution to catalog disks
and CD-ROMs on a Macintosh and a PC.

CDFinder requires Mac OS X 10.4 or newer
As a Universal Binary, it runs native on PowerPC and Intel-Macs.

– Brand new user interface: CDFinder now uses all the cool and modern
visual technologies of Mac OS X. All list windows can be switched
between the list and a new icon view mode, and the display size of
items can be scaled to any value. Navigation menus ease your path
through your data, and you can now even view catalog contents in the
list mode directly without the need of a separate window

– The main CDFinder window now has two lists, additionally to the
catalog list, it can now display the contents of any selected catalog
in a second list

– Direct integration with Roxio Toast Titanium 8.0: After Toast burns
a CD or DVD, it will launch CDFinder and pass it the information
about the newly created disc

– Direct integration into applications such as Apple Pages, Apple
Keynote, Adobe InDesign, and Quark XPress: If the source volume is
online, you can now drag any file from CDFinder directly into an open
document of the other application

– Improved integration with FileMaker Pro: A sample database document
shows you how to run a CDFinder Find command from inside FileMaker,
and how to display the results

– CDFinder can now import the catalog database of “Neometric Catalog”

This is a free upgrade and due to the amazing amount of powerful new
features very recommended!

Ringtone Studio for the iPhone updated to version 2.0 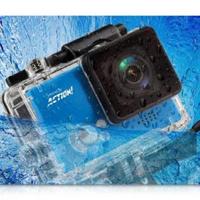