“After being made available in pre-release form for early end-user testing,
The Missing Sync for BlackBerry was downloaded and evaluated by thousands
of individuals,” said Brian Hall, Mark/Space president and CEO. “The
feedback received from these individuals was invaluable to the development
of this product and helped to make it one that we’re proud to have join The
Missing Sync family.”

The Missing Sync for BlackBerry synchronizes contacts, calendar events,
tasks and memos between a computer running Mac OS X 10.4 and a BlackBerry
handheld device with a built-in USB port. Because The Missing Sync for
BlackBerry supports Apple’s Sync Services technology, information can be
synchronized with Address Book and iCal, as well as with other Sync
Services-savvy applications, including Microsoft Entourage 2004, Chronos’
SOHO Organizer, Bare Bones Software’s Yojimbo and Mark/Space Notebook, an
application for creating, categorizing and searching memos that the company
includes for free.

The Missing Sync for BlackBerry also includes compelling multimedia
capabilities for individuals using the BlackBerry 8100 “Pearl” or 8800
series handhelds. The Missing Sync will synchronize photos between the
handheld and iPhoto, or even a folder on the Mac’s hard drive. Photos are
resized for optimal viewing on the device, so they load quickly and take up
less storage space on the device’s microSD memory expansion card. This
feature is perfect for carrying digital “wallet” photos of friends and
family, or for backing up and importing photos taken with a BlackBerry’s
built-in camera.

The Missing Sync for BlackBerry will also download selected albums
containing podcasts and unprotected songs from iTunes to the microSD card
on multimedia-capable BlackBerry devices. The user simply checks off the
playlists they want downloaded to their microSD card, and The Missing Sync
copies them over automatically during the next sync. This makes it easy to
have your favorite music and the latest editions of subscribed podcasts
loaded and available for listening whenever the mood strikes.

Mark/Space even provides a shopping feature built into their software that
plugs into the company’s online store where they feature third-party
applications for BlackBerry devices. Designed for instant gratification,
this feature sends download links to the user’s handheld for immediate
over-the-air download and installation.

PRICING AND AVAILABILITY
The Missing Sync for BlackBerry is available as an immediate electronic
download from the Mark/Space Online Store for $39.95. Currently available
in English, a forthcoming update will add French and German language
versions. CDs will be available in several weeks for $49.95. Owners of
Mark/Space’s Palm OS and Windows Mobile editions of The Missing Sync are
eligible for a $20 purchase discount. The Missing Sync for BlackBerry
requires Mac OS X 10.4.8 or later and a BlackBerry handset with USB. A
BlackBerry device with a microSD memory expansion card is required for
iPhoto and iTunes functionality.

To purchase or learn more about The Missing Sync for BlackBerry, please
visit http://www.markspace.com/blackberry/. 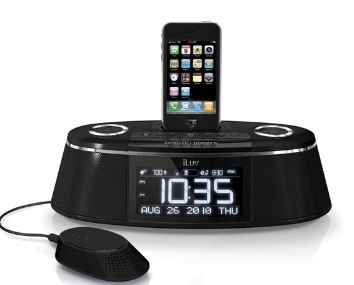