Interarchy can download and upload files via FTP (the Internet
standard File Transfer Protocol), SFTP (Secure File Transfer
Protocol), WebDAV (including iDisks), and Amazon S3 as well as FTP
over SSH (FTP/SSH) and SSL-TLS. In addition, it can download files or
whole web sites using HTTP, provide a wealth of information about
your Internet connection, and help you work with remote servers
across the Internet.

* Preserve permissions and dates in SFTP.

* File Converters (including MacBinary, Backup, and gzip).
Transparently encode/decode files when transferring them.

* Add Bookmark button to each window’s status bar – now it is even
easier to create bookmarks.

* The Mirror Reports window now remembers reports even when closed.

* Dry Runs are now done with the contextual menu instead of a global
state (thanks John).

* Much improved integration between network tools.

* Made it easier to set where bookmarks will open (New Window or New Tab).

* Drop into rename mode when a new bookmark folder is created.

* Clicking on a chasing arrows control or an error icon will bring
the Transfers window to the front and reveal the corresponding entry.

* Interarchy will now warn you of potential data loss if you try to
edit a read only file.

* When the Connect to Server window toolbar is hidden, add OK and
Cancel buttons to the status bar.

* Added spell checking. Just what you want in a file transfer program.

* Fixed enabling of “Open in Window” and “Open in Tab” menu items.

* Fixed an issue with usernames containing encoded characters such as @.

* Server and Path columns are now off by default.

* View With downloads temporary files to the temporary items folder.

* Fixed advancing keyboard focus (tabbing between controls) in the
Connect to Server window.

* Improved auto fill of username and password when changing the host
or protocol.

* The mouse scroll wheel should now work in the action/protocol view.

* Make sure there is always an action and a protocol selected.

* The Mirror Reports window is now available via the Window menu.

* Fixed a case where a local file could be trashed when performing a
mirror dry run.

* Use 10.4 Bonjour services when available.

* Fixed up the tab ordering of controls in the preferences window.

* Standardized the use of “folder” and “directory”.

* Changed case of the title of untitled queues to conform with the
Human Interface Guidelines.

* Updated the initial position of windows to better conform to the
Human Interface Guidelines.

* If a DataBrowser is scrolled to the end and an item is removed it
does not properly update the vertical offset. Fixed.

* Fixed the drag image when dragging from a text display window
(Transcript or Watch Traffic). White background is no longer drawn.

* Improved the initial sizes of a number of windows.

* Fixed up positioning of some alerts.

* Added a Zoom command in the Window menu.

* Update the LaunchServices database after creating a droplet to make
sure the droplet’s icon is correct.

* Prevent the splitter control from being dragged to silly positions.

* Added m4v to the file types Interarchy recognises by default.

This is a free upgrade for owners of Interarchy 8.x, or for customers
who purchased Interarchy 7.x after 1 January 2006. Customers can look
up their Interarchy license at (http://enquiry.interarchy.com/). 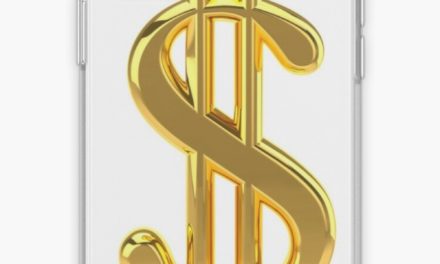 The iPhone keeps getting more and more expensive