Aspyr Media today announced that its popular WWII first-person action game, Call of Duty 2, has arrived in retail stores in North America for the Mac. Call of Duty 2, a Mac OS X Universal application, runs natively on both Intel-based and PowerPC-based Macs and is licensed from Activision and was originally developed by Infinity Ward. “Call of Duty 2 re-defines the cinematic intensity and chaos of battle as seen through the eyes of ordinary soldiers fighting together in epic WWII conflicts. The sequel to Call of Duty, the 2003 Game of the Year and winner of more than 80 awards, Call of Duty 2 offers more immense, more intense, more realistic battles than ever before, thanks to the stunning visuals of the new Call of Duty 2 engine.” Call of Duty 2 is priced at US$49.99. 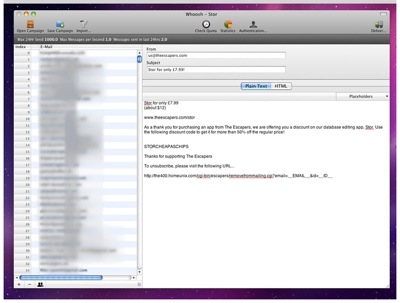