As well as allowing brewers to take their recipes with them on their iPods,
the new release of BeerAlchemy also offers ingredient inventory management
and a revamped way of handling batches.

The new iPod synchronization support allows brewers to transfer their
recipes to their iPods so they can take them anywhere. All iPods with a
dock connector are supported. This new release also allows brewers to
manage their ingredients using its inventory facility. The inventory can be
automatically adjusted when a new batch is created or ingredients are
ordered. The brew day process has been improved with the introduction of a
new ‘Brew Days’ feature that allows brewers to better document their
batches.

BeerAlchemy continues to give brewers a Mac-native alternative to running
windows software under emulation and is available now to download from
http://www.kentplacesoftware.com. The demo is functionally complete and
runs unrestricted for thirty days or seven launches. A serial number that
unlocks up to three installations of BeerAlchemy costs $29.95. 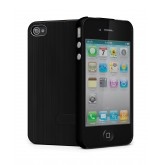