Python guru Mark Lutz, returns to the Big Nerd Ranch May 8-12, 2006 with
Python Bootcamp. Python, one of the most adaptable and powerful programming
languages making a mark in the industry, has developed a large and growing
community of followers. Spanning a spectrum of needs and uses, Python
provides an ideal open source solution to developers of web-based, GUI or
command-line applications. Its dynamic coding possibilities have been
tapped for a variety of markets, from Yahoo and Google to scientific
environments such as Los Alamos, NOAA and NASA, to hardware and Q/A testing
by Hewlett Packard and Seagate. Its possibilities have also been tapped for
movie animation, the stock market, gaming systems, etc. There is no better
opportunity for learning Python than with Mark Lutz at the Big Nerd Ranch.

To best present this versatile and hard-working programming language, Big
Nerd Ranch has tapped into the well-honed talents and knowledge of Mark
Lutz, one of the most respected leaders in the Python arena. Mark has
authored a number of core textbooks in Python, including the O’Reilly books
Programming Python and Python Pocket Reference, as well as Learning Python.
He has been active in the Python community as a trainer writer and software
developer and has been teaching Python classes since 1997.

“Big Nerd Ranch has invested a lot of time researching and cultivating
ideal instructors to teach its classes. When we were able to recruit Mark
Lutz to teach Python Bootcamp, it was the perfect match between
state-of-the-art class and excellence in instruction,” commented Aaron
Hillegass, Big Nerd Ranch founder. “Mark is one of the few individuals in
the Python community whose background boasts both the knowledge and
teaching background necessary to produce the high level of instruction Big
Nerd Ranch students have come to expect.”

From the first few minutes of class, students attending Python Bootcamp are
plunged head-first into the inner dynamics of programming in Python. At the
end of the five days, students will be able to:

Class price of $3500 includes lodging, all meals, original instruction
materials, 24-hour lab access, and transportation to and from the Atlanta
airport. Students are encouraged to bring independent projects to class,
allowing for input from classmates and individual instructor attention. For
more information, call 678-595-6773 or visit www.bignerdranch.com. 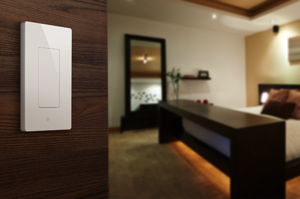