WESTMINSTER, MD (January 26, 2006) – Black Cat Systems announces that
Audiocorder version 4.7.0 has been released. The latest version adds an
intelligent “Voice VOX” feature which can distinguish between human voice
and music vs static and noise, and assist in automated recordings.

Audiocorder is a program which allows your Mac to act as a sophisticated
audio recorder. In one mode, it operates as a volume operated (VOX) audio
recorder. This allows you to set the volume that the sound must reach to
begin recording, and the volume at which it should end recording. It also
allows you to set the trigger length for the start and stop values, which
helps you to eliminate recording short bursts of sound or ending the
recording process during a short pause (such as in normal speech).

Audiocorder may also be programmed with a recording schedule, specifying
when it should start and stop recording, much like a VCR. In addition, you
can performed a timed recording, specifying how long the recording period
should last.

It may also be used as a normal manually operated recorder. A button is
included to stop recording to one file and start recording to another,
making it easy to manually split an album or CD into individual files, one
for each song or track.

Audiocorder buffers incoming sound, allowing you to click a button and
record a sound event that has already occurred.

Each sound file is stored in AIFF format, a Macintosh standard sound
format. The audio is sampled at 11, 22 or 44 kHz, with a sample size of 8
or 16 bits, either monophonic or stereo. The name of each file contains the
date and time (down to seconds) the recording began. Files may also be
recorded in WAVE format, as well as automatically converted to mp3 format
using iTunes.

In addition, it can play back AIFF, WAVE, and mp3 sound files, including
those created with other sound programs.

Audiocorder is used in a wide variety of applications, including digitizing
LPs and tapes, recording animals and other natural sounds, and automated
recording of radio transmissions.

Three versions of Audiocorder are available, one for Mac OS X/Carbon, one
for other PowerPC systems, and one for older 68k systems.

Audiocorder is priced at just $19.99, and may be downloaded from the
following URL:
http://www.blackcatsystems.com/software/audiocorder.html

Black Cat Systems creates and distributes Macintosh software, with a
specific emphasis on programs for the audio, scientific, amateur radio, and
health markets.

Information about Black Cat Systems entire line of products can be found at
http://www.blackcatsystems.com 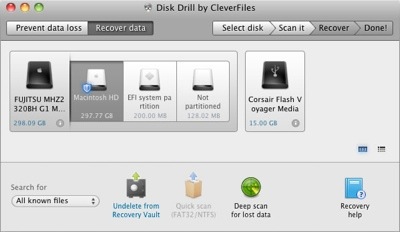 Older adults least likely to use the Internet