Aram Kudurshian today announced the release of High Priority 1.1 for Mac OS X 10.4, a menu extra that allow users to access their iCal To Do items directly from the menu bar. With High Priority, users can easily add, edit, and remove To Do items, all without having to have iCal open or running. New features in this release include the ability to limit the display of future To Do items; to display due dates directly in the menu; the ability to open the menu from the keyboard; as well as improvements to the To Do editor and many bug fixes. High Priority is priced at US$12. 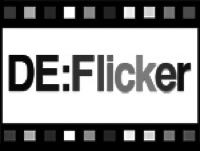