Terapeak has announced it has analyzed the sales of both the white and sleek black iPod nanos on eBay for the month of December using price filters of US$100 and $500. “For the 4GB version of the nano over 70% of sales were for black nanos,” notes the research. “The peak selling times were between 5-8pm (PST), with 8pm being the most successful accounting for an average of over $160,000 worth of sales per hour. During its peak, 4GB black nanos were selling at a rate of 475 per day and generating over $100,000 in revenue.” 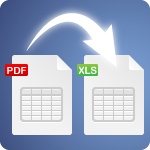