Seattle, WA — December 8, 2005 — The Omni Group today announced the
release of OmniGraffle and OmniGraffle Professional 4.1. This new version
features a number of bug fixes, improved stability, updated localizations,
and readies the application for compatibility with future Mac hardware
based on Intel processors.

ABOUT OMNIGRAFFLE:
OmniGraffle is a diagramming and drawing application, offering a
streamlined user interface as well as many features under the categories of
brainstorming, drafting, import and export, and document management.
OmniGraffle 4 Professional was recently reviewed by Macworld magazine who
said “…this fantastic program is a revelation for anyone who needs to
explain processes and concepts visually”. OmniGraffle 4 Professional
received a 4.5 mice rating out of a possible 5 mice.

More information on OmniGraffle 4 is available at
(http://www.omnigroup.com/applications/omnigraffle/).

The recent Macworld review of OmniGraffle 4 Professional can be found at
(http://www.macworld.com/2005/12/reviews/omnigrafflepro4/index.php).

ABOUT THE OMNI GROUP:
The Omni Group develops productivity applications exclusively for Mac OS X.
The Omni Group is the developer of OmniWeb, a web browser offering far more
than standard browsing features which won a 2004 Macworld Editor’s Choice
Award; OmniOutliner, an outlining and organizational tool which was awarded
five stars by Macworld Magazine in June of 2005; and OmniGraffle, a highly
regarded diagramming application that has won both a Macworld Editor’s
Choice Award and a MacUser UK Maxine Award. Founded in 1993, The Omni Group
is located in Seattle, WA. 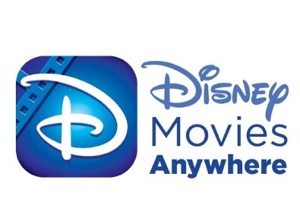