Hollywood, California. Lights, camera, action! From the movie capital of
the world, comes First Cut – the ultimate high-speed tool to edit your own
professional-quality movie within hours.

Not only is First Cut the fastest and most user-friendly DV Cutting Station
in the universe but, at an introductory price of $149, Mac OS X users can
afford to throw in the red carpet and popcorn for free.

Cecil B. DeMille, Steven Spielberg, Ridley Scott, Quentin Tarantino, Martin
Scorsese . . . Just add your name to the list. Download First Cut and,
within hours, your personal masterpiece is ready to premiere. Never has it
been so easy to make your own movies thanks to First Cut.

Perhaps your ambitions aren=92t so lofty? Busy parents with no time to edit
years/months of family video memories? You’ve lovingly recorded Junior
since the day he was born but now he’s graduated kindergarten – even Junior
can use First Cut’s idiot-proof controls to speedily edit his own
life-story into a viewable format which won=92t make the grandparents fall
asleep on the couch.

Like all great innovations, First Cut is ultimately simple – a
user-friendly software effortlessly enabling a whole new generation of
movie-makers to project their visions onto screens big and small, without
breaking the bank. What’s more, First Cut’s easy-to-learn tutorial brings
novice DV editors up to speed in under HALF AN HOUR.

Yet First Cut’s simplicity doesn=92t for a moment diminish its value to
skilled professionals whose workload will be significantly lessened by
=46irst Cut’s revolutionary Clip Marker system – reducing large chunks of DV
video into usable clips in a flash.

And how does First Cut go where no other similar DV Cutting Station has
gone before? By enabling users to run their footage and place markers known
as “Hotshots” – creating unlimited visual memory locations at the press of
a button – without even stopping. But that’s not it. Professional editors,
directors and producers will relish First Cut’s completely new concept of
movie transport control. The timeline and mouse driven movie controller are
rendered obsolete, replaced with variable-degree fixed-time increments.
Theres simply no faster way to get though any amount of DV footage.

Both straightforward and affordable, First Cut achieves the same results as
more pricey DV editing software – in just a fraction of the time!

“When you=92re on an editing deadline, time is everything,” explains Revell.
“For Logging, Spotting and Clip making, there was nothing available on the
market that operated fast enough for my needs. Jan and I worked together to
create First Cut literally as a means to an end. It was only when First Cut
was finished that we realized what a breakthrough this represents to both
industry professionals and home video makers.”

Says Skarbek: “From network broadcasters to student film makers, First Cut
is the fastest way to go. Forensic investigators, scientific researchers,
Reality TV editors and other people who have to wade through enormous
amounts of DV footage – their job just got a whole lot easier.”

=46or further information, check out http://www.skramsoft.com 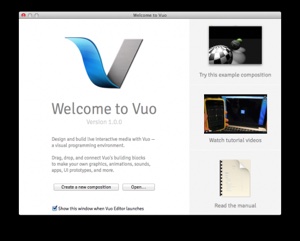