Bethesda, MD (PRWEB) August 3, 2005 — LISTSERV, the product that launched
the email list management industry in 1986, is being released today for Mac
OS X. In a market segment currently dominated by Linux, LISTSERV for Mac OS
X offers an alternative for organizations that want to use UNIX, but do not
have the level of expertise required by traditional UNIX systems. The Mac
version of LISTSERV is fully featured and provides all the power and
functionality available on Linux and other UNIX systems. The Mac OS X
release also includes a Free Edition of LISTSERV for hobby users.

“Today, 48% of UNIX LISTSERV installations are based on Linux, and there is
a real opportunity for the Mac in that market, especially once the Intel
servers are released,” said Eric Thomas, L-Soft’s CEO and founder. “Linux
and LISTSERV work great together, as long as the system administrator has a
solid knowledge of Linux and can manage the mail system, the DNS, and of
course Linux itself. When that is not the case, everyone loses Linux
included. But, ultimately, Apple’s success in that market will depend on
the availability of affordable entry-level Mac servers.”

With more than 110 million subscriptions worldwide, LISTSERV is the
reference in the email list management market. Available for BSD UNIX since
1994, it is a time-tested product with a proven track record for
reliability and scalability.

“I don’t think any other company developing list management software has
L-Soft’s kind of experience, and it shows in the software. The support and
the features make LISTSERV well worthwhile. You can’t beat 19 years of
experience working on the same kind of software for getting a very reliable
program with a very comprehensive set of features. This release brings all
of that experience to the Macintosh,” Peter DiCamillo, a Lead Systems
Programmer at Brown University, stated. “The Mac OS X, which is very close
to BSD UNIX, is a fine server to run LISTSERV on,” added DiCamillo, a
Macintosh developer with two decades of experience who has managed LISTSERV
for the university through its transition from BITNET to IBM VM to UNIX
(Solaris).

LISTSERV scales seamlessly from small organizations or workgroups to the
most demanding enterprise workloads. U.S. prices range from $450 to
$12,000, depending on capacity, edition and level of support. Consumers are
generally better served by a professionally managed hosting service, such
as L-Soft’s EASESM Home service.

“It’s exciting to know that I can specify an industrial strength email
solution to departments and clients who use the Macintosh platform. There’s
also an economy here: the additional expense of running other servers or
operating systems is avoided because LISTSERV is available for people’s
preferred and already existing platforms,” said Bill Gruber, Email
Administrator with the City University of New York and 25-year server
administration professional who has overseen the university’s LISTSERV
lists, with hundreds of thousands of subscriptions, since 1986. “If you
have a Mac environment, why not make the most of it by running a
world-class product if you need to do so?” Gruber added.

At this time, F-Secure Anti-Virus, a third-party product bundled with the
Linux version of LISTSERV, is not available for Mac OS X.

About L-Soft
L-Soft, which was incorporated in 1994, offers email list and opt-in email
marketing software and outsourcing services for managing email newsletters,
discussion groups and marketing campaigns. Recognized in 2004 as one of
Maryland’s top 50 fastest growing technology companies by Deloitte &
Touche, L-Soft’s products deliver about 30 million messages a day to more
than 110 million list subscriptions. 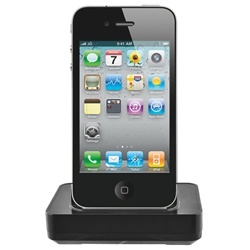 23% of Millennials are OTT-only broadband households