iSay – Speak Instead of Typing

iSay – Speak Instead of Typing

A completely new way of messaging.
iSay, why type when you can dictate!

With iSay, you can simplify time consuming tasks. You no longer need
to type out emails when you can simply speak them. For making notes,
don’t use the keyboard – say them then archive them or pass them on
to others as email or as notes or for transcription.

With email integration that is second to none and the easiest
interface for this kind of program it is no wonder that iSay has a
large following of enthusiastic users.

Features:
– Streamlined Interface
– Send voice email with the click of a button.
– Store Voice Notes
– Use your voice messages in other applications.
– Import your voice messages from other programs and devices.
– Bluetooth and 3GP support.
– Hot Keys
– Send to other iSay users over a local network
– Support for the major email clients.
– Compatibility with Cell Phones, Windows PCs and various other devices.

Multiple File Formats
Save your voice into a variety of file formats depending on who you
are sending to.

3GP & Wave are provided for sending to various other devices such as
Cell Phones or PDAs.

Email Integration
iSay makes it so easy to send voice emails, its no wonder that iSay
quickly became so popular.

We developed one of the most extensive libraries for sending emails
via the most common email clients. The library currently includes
support for Apple Mail, Microsoft Entourage, Bare Bones
Mailsmith and Eudora. We are working on expanding the library to
include Netscape based email clients such as Mozilla and Thunderbird.

Below is what an iSay mail attachement looks like in apple mail. Most
email programs will allow playing voice mail directly without the
need for any additional program. See the controller just below below
account. This allows playing stopping and rewinding a message.

The voice notes facility allows you to record and store voice notes,
with provision to add a brief description and a completed status.
However once your message is a voice note you can still send it via
email, over the local network or via Bluetooth. You can also still
save it as file for use in other applications.

With version 1.1 of iSay we made the voice notes attach to the main
recording window thus increasing the convenience of the voice notes.
Not to mention the fact that selecting the voice note now gives you
information on the note.

iCal integration allows you to take your notes with you on your pda,
iPod or cell phone. iSay uses the standard vCalendar format for
attaching the voice, so as Apple adds support for this in a future
version of iSync your voice will be transferred with your notes. 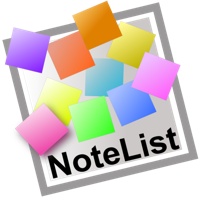 PowisiCase for the iPad offers lots of options