1) Users can now create bulleted lists and outlines in their notes. Lists
and outlines support multiple levels of indentation and the bullet
character can be customized (bullets, numbers, letters, Roman numbers
supported).
2) Users can add sophisticated tables to their notes with options for
borders, background colors, alignment, etc. Tables within tables, merging
cells, and splitting cells are also supported.
3) Users can now easily add page breaks, line breaks, and paragraph breaks
to notes.
4) Notes can have multiple text selections to make editing even easier.
5) The Find dialog can now highlight multiple occurrences of a word or
phrase that can then be copied, replaced, deleted, or styled all at once.
6) Styles can now be set up and applied to text. Users can also locate all
the text of a particular style in a document.

OTHER NEW FEATURES: TRASH CAN

StickyBrain 3.5.0 adds a new Trash folder for an extra level of safety when
deleting notes. Like the Finder, notes are first moved to the Trash, and
then the Trash can be emptied at a later time. Note folder counts in the
Folders drawer can now have a customized look and the Palm synchronization
conduit has been significantly rewritten for better international character
support. Finally, this version includes 20+ improvements and bug fixes.

StickyBrain is like a really big drawer–users can just throw all their
notes and other information into it, then use the powerful Note Viewer to
retrieve anything with just one click. Users can now manage their digital
notes–from reminders and alarms to pictures, URLs and text. Everything is
instantly organized and searchable. StickyBrain will help users increase
productivity, save time, and gain unprecedented control over their
information.

The all-new StickyBrain 3 sports a new interface with Safari-like tabs; has
been completely rewritten in Cocoa; syncs to the iPod and Palm handhelds;
integrates with .Mac; is built on a rock-solid commercial database;
features best-of-class text, graphics, and links grabbing; includes
FlashNote searching; links notes to the Address Book; and much more.

Chronos believes users should have the opportunity to try the software for
free before they purchase. A fully functional 30 day trial version can be
downloaded from Chronos’ web site at
((http://www.chronosnet.com)www.chronosnet.com). StickyBrain has been
attractively priced at $39.99 and is available directly from Chronos and
popular resellers including the Apple Stores, CompUSA, MicroCenter, Fry’s
Electronics, J & R Computing, etc.

Jobs up for TIME’s Person of the Year, also named a ‘Wireless’ leader 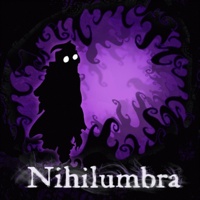 Nihilumbra Steam-ing to the Mac