Aspyr today announced that it will be showcasing the upcoming Star Wars Battlefront, Friday, May 20 at 7:00 p.m. at the monthly Aspyr game night at Austin’s Apple store. “Star Wars Battlefront is an open-ended single player and multiplayer action game, which allows players to re-live all of the epic battles from the classic and prequel Star Wars® film trilogies. Soldier types include standard infantry, scouts, heavy weapons and pilots. Each soldier has specialized abilities and the freedom to use ground-based turrets found on the battlefront as well as more than 25 diverse ground and air vehicles including the AT-ST, X-wing and speeder bike, and the massive Republic Gunship that can hold up to five different soldiers.” 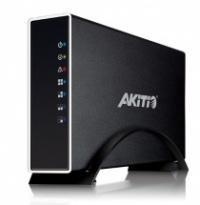 Cloud Hybrid great for sharing large files across a network