At the Academy Awards on Sunday, Pixar’s “The Incredibles” won the Oscar for best animated feature, beating out “Shark Tale” and “Shrek 2” from rival DreamWorks. The animated film also won the Oscar for best sound editing, but lost in the sound mixing and original screenplay categories. Before announcing the winner for best animated feature, comedian Robin Williams said to not worry if Pixar didn’t win, because the producers own “iPod stock.” He was referring to the connection between Pixar and Apple, both headed by Steve Jobs, who got a plug during the acceptance speech. 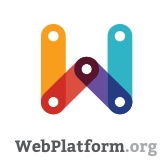