Buy your Mac a drink: The Macintosh turns 21

In celebration of the 21st birthday of the Mac, a German Mac site has posted a video [mirror] from Apple CEO Steve Jobs’ public introduction of the first Macintosh on January 24, 1984. “Mac fans will definitely want to check this one out,” writes CNET News.com’s Ina Fried. “And yes, it’s OK to get a little choked up looking at the first images of MacPaint and MacWrite popping up as the motivational theme from ‘Chariots of Fire’ plays in the background. You can hear the Mac say its first words, albeit with a heavy digital accent. In its first speech, the Mac even pokes fun at IBM, saying, ‘Never trust a computer you can’t lift,’ before handing things back to Jobs, who the Mac says has ‘been like a father.'” 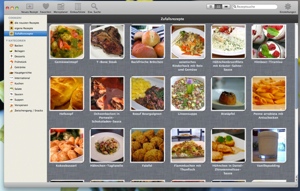