In his review for Apple’s Mac mini, Wall Street Journal tech writer Walt Mossberg says the low-cost machine is just what Apple needs in order to get Windows users to jump ship. “Apple says it was designed to work with the monitors, keyboards and mice from Windows PCs that it assumes switchers already own. I’ve been testing the Mac mini under just that scenario for several days, and it does indeed work, quite well,” Mossberg writes. “I connected a mini to a Dell flat-panel screen and a Hewlett-Packard keyboard and mouse, all about three years old. The little Mac fired up and worked perfectly at every task I threw at it… Overall, the Mac mini is a good choice for Windows users on a budget who are tempted to switch. It’s not a technological breakthrough, but it may just be one of Apple’s smartest business moves.” 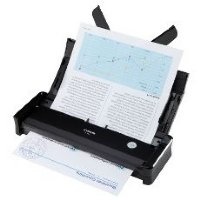 ExtremeZ-IP for Lion revved to version 7.3