Apple today unveiled the much-rumored iPod shuffle, a new compact digital audio player based on the iPod’s shuffle feature, which randomly selects songs from the user’s music library or playlists. As widely expected, the new iPod model is built with flash memory. It comes in sizes of 512MB (120 songs) for $99 and 1GB (240 songs) for $149. The iPod shuffle works with iTunes’ new AutoFill feature which automatically selects songs from a user’s music library to fill up the device with one click. “iPod shuffle is smaller and lighter than a pack of gum and costs less than $100,” said Steve Jobs, Apple’s CEO. “With most flash-memory music players users must use tiny displays and complicated controls to find their music; with iPod shuffle you just relax and it serves up new combinations of your music every time you listen.”

iDVD comes to Windows—sort of 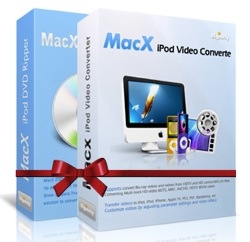