In a press release issued today, Apple has announced that Steve Jobs’ Keynote address at Macworld Expo in San Francisco tomorrow, which takes place at 9:00 a.m. PT at the Moscone Center, will not be webcast until a full nine hours later — “approximately” 6:00 p.m. PT. No reason was cited for the delay, but it is very unusual in light of Keynote broadcasts in recent memory. Apple was not immediately available for comment. 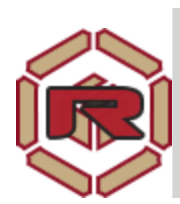 AlphaCorr rolls out Rules and SteelRules 9 for Mac OS X