The new recording of Band Aid’s “Do They Know It’s Christmas?” is now available at the UK iTunes Music Store after Apple reached an agreement with the charity. The track, which was created to raise money to fight poverty in Africa, features Bono, Robbie Williams, Dido, Coldplay, Snow Patrol, Paul McCartney, and others. “Since all songs on the music store are £0.79, we’ve decided to sell it for £0.79 and iTunes will donate an additional £0.70 for each song to the Band Aid Charitable Trust,” Apple notes on the store. “If you want a dose of nostalgia, download the original track as well; its proceeds are also given to charity.” 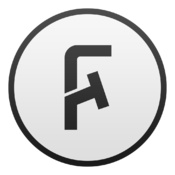