by Larry Angell – PCs will lose the war of the family room to video game consoles or entertainment servers, Merrill Lynch said in a research report released Monday. “It’s premature to know which (if any) device will become the centerpiece of the digital family room of the future,” the firm said. “Still, we doubt that PCs (even Media Center PCs) will win because they are too complex and unstable. It strikes us as more likely that either (1) the game console will move up market to become the leading device or (2) a new system we dub the entertainment server will be created.” Merrill Lynch pointed out that Apple seems a likely candidate to build the winning entertainment server based on iPod, iTunes, iPhoto, iDVD, and AirPort Express. “A 200GB Apple server at a reasonable price and possibly with PVR technology could be Apple’s next category killer,” the firm said. 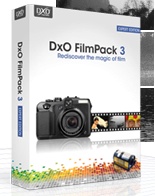