by Larry Angell – While Merrill Lynch analyst Steve Milunovich expects a U2-edition iPod, flash-based iPod and photo iPod, he does not think Apple will introduce a video player iPod or add wireless capability in the near future. Milunovich recently visited with Apple’s management team, including CFO Peter Oppenheimer, VP of iPod Product Marketing Greg Joswiak, and Chief Software Technology Officer Avie Tevanian. He said in a research note that the Apple executives did not reject the idea of a photo iPod, and expressed surprise that Sony’s new portable photo player does not have A/V output jacks to enable viewing of pictures on a TV. In his discussions with the Apple team about usage patterns, Milunovich said it was clear that a video iPod (for playing movies) gets the thumbs down. 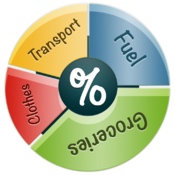