O’Reilly has announced the release of “Mac OS X Power Hound, Panther Edition” (US$24.95) by Rob Griffiths. “Griffiths is the creator and editor of Mac OS X Hints, and he knows Panther inside and out. Together with editors David Pogue (columnist for the New York Times and creator of the Missing Manual series) and Adam Goldstein (teenage Mac expert and the author of the soon-to-be-released ‘AppleScript: The Missing Manual’), he delivers more than 400 illustrations, two massive chapters on Unix (the engine under Mac OS X’s hood) and reveals more than 650 secrets, hints, tips, and tricks in every conceivable category.”

[MD1] Can anyone save Packard Bell? 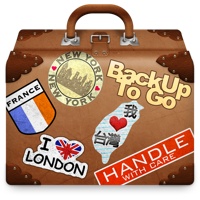