The current issue of Time magazine has a photo of Democratic presidential candidate John Kerry with an Apple PowerBook on his desk. The caption reads: “From his study in the family’s Pittsburgh, Pa., home, Kerry phones Edwards to officially invite the North Carolina Senator to be his running mate.” It should be no surprise that Kerry is a Mac user. As MacMinute reported in May, Apple CEO Steve Jobs is advising Kerry on economic issues. 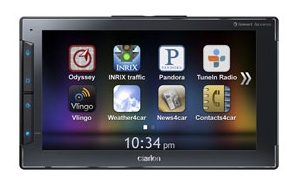 Clarion debuts Next Gate for the iPhone