Weblog Server is fully compatible with Safari RSS in Mac OS X
Tiger and makes publishing a weblog as simple as checking a box in
Server Admin preferences. Weblog Server is based on the popular open
source project ‘Blojsom’ and is fully integrated into Tiger Server
with an easy-to-use interface, Kerberos authentication support and
LDAP integration. Weblog Server provides users with calendar-based
navigation and customizable themes and users can post entries using
the built in Web-based functionality or with weblog clients that
support XML-RPC or the Atom API.

Tiger Server has also been updated with tools that make migrating
from Windows-based servers easy. Administrators can now migrate the
user and group account information from an existing Windows Primary
Domain Controller automatically into Open Directory. Tiger Server can
then take over as the Primary Domain Controller for Windows clients
and even host Windows users’ home directories, group folders,
roaming profiles and shared printers.

Other new features in Tiger Server include:

*  Mobile Home Directories that give mobile users the best
of both worlds-access to files and preferences while on the road
with the user’s home directory centrally stored and managed on the
network;

* a Software Update Server that lets system administrators host
their own proxy/cache server to control the availability of Apple’s
software updates for Mac OS X Tiger and Tiger Server systems;

* Xgrid(font size=”+1″ color=”#000000″)(tm) 1.0, Apple’s
easy-to-use clustering software is integrated into Tiger Server to
make it easy for scientists and researchers to build a distributed
computing cluster that supports up to 128 agents, up to 10,000 queued
jobs and up to 10,000 tasks per job.

Pricing & Availability
Mac OS X Server version 10.4 "Tiger" will be available
in the first half of 2005 through the Apple Store (www.apple.com), at
Apple’s retail stores and through Apple Authorized Resellers for a
suggested retail price of $499 (US) for a 10-client edition and $999
(US) for an unlimited-client edition. At the time of release, current
subscribers to the Apple Maintenance Program will receive Tiger Server
as part of their service agreement. More information on Tiger Server
can be found at http://www.apple.com/server 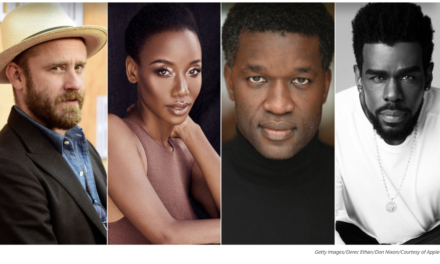