The Los Angeles Final Cut Pro User Group (LAFCPUG) will celebrate its fourth birthday on Wednesday, June 23 beginning at 6:45 p.m. PT at the LA Film School in Hollywood. Scheduled to appear are author Diana Weynand, who will show some tricks on how to multi-task while playing a sequence in the FCP Timeline; Marco Paolini, demonstrating the latest FCP plug-ins from Digital FilmTools; composer Ashley Witt, who will show off Apple’s Logic Pro 6; and Apple/eMagic’s Byron Gaither, demonstrating Garage Band. A US$5 donation is requested for entrance. 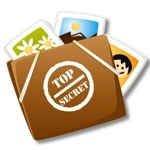