Virginia Tech’s “System X” supercomputer cluster, built with 1,100 Power Mac G5s, has temporarily dropped off the latest list of the world’s most powerful supercomputers because its upgrade to Xserve G5s was not completed in time. The latest edition of the Top 500 list of the world’s fastest supercomputers reveals that Japan’s Earth Simulator supercomputer, built by NEC, retains the No. 1 spot for the third year in a row, while a new system called “Thunder” claims the No. 2 position. It is an Intel Itanium2-based cluster system at Lawrence Livermore National Laboratory (LLNL) in California. In addition, No. 4 and No. 8, prototypes for the upcoming IBM BlueGene/L system, make the list for the first time. The prototypes are a joint development of LLNL and IBM and are currently at IBM’s facility. The final system will be installed at LLNL and is expected to replace the Earth Simulator by June 2005 or by the end of 2004. 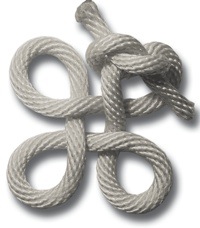 KeyCue for OS X now sits in the menu bar

Deals: DVDRemaster Pro 50% off today only