The Magazine Publishers of America have awarded TBWA/Chiat/Day the US$100,000 Grand Prize Kelly Award for its work on Apple’s iPod “Silhouette” ad campaign that shows people dancing with iPods in front of vibrant background colors, as noted by iPodlounge. “It demonstrated to people that you don’t have to spend a lot of time talking about features to get people to make a human connection with your product,” said Mike Hughes, president of The Martin Agency in Richmond, Va., and a Kelly judge. “Also, one of the core values for Apple is design. To reinforce that without ever talking about it, just by art direction, is an incredibly smart and effective device.” The Kelly Awards are given to ad campaigns that “demonstrate creativity and effectiveness.” 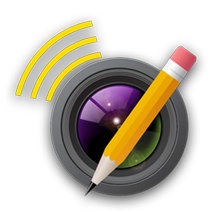 Voila for Mac OS X gets beefed up recording features

Analyst: Apple made two mistakes when it launched the iPhone