Apple has begun airing a new television commercial for iTunes and iPod entitled “Wild Postings.” The ad features a young man listening to “Ride” by The Vines on his iPod in New York City, where he walks past a wall of animated iPod posters. Apple has posted the ad on its Web site in QuickTime format. Several MacMinute readers report seeing the spot on network and cable television late Monday. 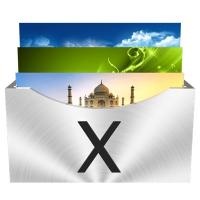 uDesktop NEXT for OS X gets new Games category, more