Apple has release updated firmware for iPod and iPod minis. “iPod Update 2004-04-28 supports all models of iPod and iPod mini introduced before April 28, 2004. This update is required to take advantage of new features in iTunes 4.5 and the iTunes Music Store,” notes Apple. Other changes in the update include improved playback performance and support for the Apple Lossless Encoder (for iPod with a Dock connector and iPod mini). System requirements for this update are Mac OS X 10.1.5 or later (some features require Mac OS X 10.2.8 or later) and iTunes 4.5. [Thanks to Lorenzo dell’Uva for this news tip.] 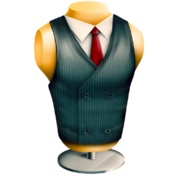