StarBrite Solutions, a small UK developer, has released pBop, MP3 software for Pocket PC handhelds that closely resembles the design of Apple’s iPod. The company said it has made several tweaks to the US$20 software in response to Apple’s concerns, such as altering its original name (pPod) and the layout of the software buttons, and including a disclaimer that it has no connection to Apple or the iPod. “Apple also felt pPod was being ‘passed off’ as an Apple iPod,” StarBrite director Ryan Kelly told CNET News.com. “We were surprised to hear this as we have heard of no one buying a Windows powered Pocket PC application, being confused they are buying a hardware device.” 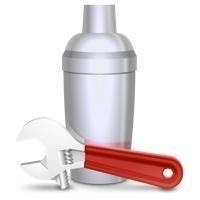