The New York Times’ David Pogue sat in on an interview (not yet published) this week with Steve Jobs in which the Apple CEO gave his thoughts on hand-held video players. Jobs offered several good reasons why he doubted video players would ever approach the success of audio players such as the iPod. Although, in typical Jobs fashion, he said: “Now, I’m not saying we’re not working on something like that. Who knows what we’ve got in our labs?” 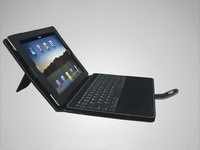