Aspyr announced today that it will be publishing a Mac version of the Medal of Honor Allied Assault Breakthrough expansion pack. “In Medal of Honor Allied Assault Breakthrough you take the role of Sergeant John Baker, a tough-as-nails infantryman in the 34th Red Bull Division. In the tradition of the Medal of Honor franchise, MOHAA Breakthrough puts you into the action with unparalleled combat realism.” Aspyr also announced the SimCity 4 Rush Hour expansion pack for the Mac. “Put your metropolis in motion by employing a vast range of all-new transportation options in SimCity 4 Rush Hour. From one-way roads to passenger ferries, create the ultimate transportation infrastructure, mapping out a seamless regional network to whisk your citizens around your city and from one city to another.” 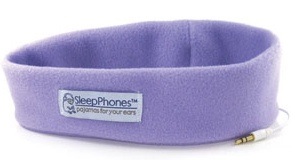 SleepPhones great for listening to audio in bed