Vvidget Code version 9.1 now supports Carbon as well as Cocoa Projects. It
includes two Xcode projects, one for Cocoa the other for Carbon,
demonstrating how to add source code to display graphs, from line graphs to
3D surface graphs, to your applications. Version 9.1 also improves 3D
graphs. Because it uses Apple’s Xcode it can be Applescript driven or
programmed in Objective-C, ANSI-C and C++ using either the Carbon or Cocoa
programming systems.

It can also be used in CodeWarrior PowerPlant based projects, and we are
working on a Java version as well. If you are a CodeWarrior or Java
developer and would like to use Vvidget Code for your projects please
contact info@vvi.com and let us know about your requirements.

Vvidget Code is a perfect solution for analysts and scientists because they
don’t have to manually import data to a graphing application and because it
is easy to program and understand. That means less time trying to get data
to a form where it can be understood, and more time understanding results.
In addition, each application that you build, whether Cocoa or Carbon
based, gives the users of your application the option to export graphs to a
powerful layout program to make publication ready results without the need
for additional programming. 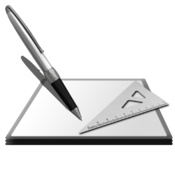